Doug Bandow in The National Interest provides an overview of recent developments with U.S./South Korea relations. Both the U.S. and S.K. have relatively new Presidents very different from previous leadership.

In “The North Korea Crisis Is Coming to a Boil. It’s Time for Fresh Thinking,” (June 29, 2017), Bandow notes past intervention in Libya likely leads North Korea’s leadership to be skeptical of claims the U.S. is not interested in regime change:

…North Korean behavior is important in assessing allied policy, but the Kim dynasty reasonably fears the threat of regime change. And Libyan dictator Muammar el-Qaddafi’s experience—violent ouster, public torture and street execution after negotiating away his missile and nuclear programs—is sufficient to dissuade most anyone from trusting the Trump administration’s assurances that it is not interested in regime change.

Bandow argues that times have changed dramatically since the Korean War. U.S. military presence and military bases were established when South Korea was weaker economically and militarily than North Korea. But open economic policies for South Korea along with foreign investment kick-started rapid economic growth over the last fifty-plus years.

South Korean businesses are a major employer in China, with firms such as Hyundai Motor Co, smartphone manufacturer Samsung Electronics Co, and retail giant Lotte Group directly creating some 700,000 jobs in China, according to a Korea trade promotion agency, and there are many more down the supply chain.

Hyundai, which says its Chinese affiliates and suppliers alone create a total of 90,000 jobs, has responded to falling sales by cutting production.

These economic connection are important. Though the Chinese government can stir up the public with anti-U.S. and anti-South Korea statements, such disruptions of trade and investment hurt Chinese workers and consumers as much as they hurt South Korean companies.

Doug Bandow argues the U.S. can rely on South Korea and China to continue peaceful relations once U.S. involvement is reduced:

Washington could phase out its troop presence and security commitment. After more than six decades, it is time for the South to take over responsibility for its defense. South Korea has forty times the GDP and double the population of the North—it should have left America’s defense dole long ago.

Bandow writes again on this issue in “It’s Time for America to Cut South Korea Loose: The first step to solving the North Korean problem is removing U.S. troops from the middle of it.” (Foreign Policy, April 13, 2017).

Economists focus on the the many ways trade, travel, and investment both enable people to create prosperity and also develop relationships between companies and everyday people across borders. Any policy that supports the current leadership and status quo in North Korea condemns millions to continue their unfree and impoverished lives.

It is hard or impossible for young people here to comprehend life in North Korea. In the TED presentation “My Escape from North Korea,” Hyeonseo Lee tells her story. 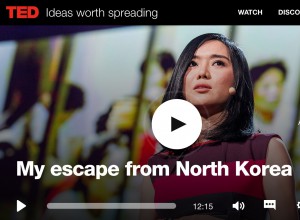 Another refugee from North Korea, Yeonmi Park tells story of growing up in North Korea, and her story escaping to China:

Yeonmi Park: In Order to Live: A North Korean Girl’s Journey to Freedom (YouTube, April 3, 2017) “What we see about North Korea is about politics and not about people.”

(Also, fyi, the North Korean government actively tries to undermine the stories of defectors and refugees, especially those whose stories reach wider audiences.)

This entry was posted in Public-Forum. Bookmark the permalink.