Doctors have diagnosed increased Attention Deficit Hyperactivity Disorder (ADHD) in students, but critics suggest reduced school recess is a cause and increasing recess time is a better alternative to ADHD drugs.

“Ritalin vs. Recess: Are Drugs Really the Answer to the ADHD Epidemic?” (takepart, January 19, 2015) looks at the debate:

Today, more than 11 percent of kids in the U.S. are diagnosed with ADHD, according to the Centers for Disease Control and Prevention. That’s up from 3 percent in 1997. For boys, it’s closer to 16 percent. Physicians in the U.S. wrote 48.4 million prescriptions in 2011, a jump of nearly 40 percent in four years.

Evidence that higher ADHD rates are cultural comes from Europe:

Historically, ADHD rates in the U.S. have been far higher than in Europe, where, until recently, diagnoses hovered around 1 or 2 percent. 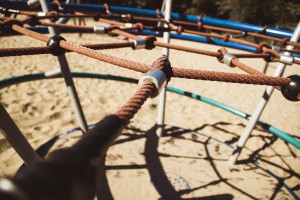 Psychology Today has a series of ADHD in France articles, beginning with “Why French Kids Don’t Have ADHD: French children don’t need medications to control their behavior.” (March 8, 2012), followed by a “French Kids DO Have ADHD,” (November 4, 2015) and “France Is Great, But Their Kids Have ADHD Too,” (October 15, 2016), in response to “bizarre post on psychology and parents”: “Enough Is Enough Series Part 5: ADHD Is Exposed: The French got this one right.” (September 16, 2016).

The ongoing debate about whether attention-deficit hyperactivity disorder (ADHD) children require drugs or discipline can’t be resolved by examining prescribing practices cross-culturally. Dr. Marilyn Wedge asserts that in the US, at least 9% of school children have been diagnosed with ADHD, and are taking medications for it, whereas in France, it is less than 0.5%. She further goes on to suggest that irregular meals, lack of structure, and weak disciplinary practices are to blame.

The article argues that reduced recess and physical education in school puts all students and especially ADHD students at a disadvantage:

Increasing demands are made on our children that put kids with ADHD at a massive disadvantage. For example, when I was a kid, we had regular recess times, long lunch breaks, and daily physical education classes. Many schools have done away with these opportunities for antsy kids to release a bit of their energies in favor of more classroom time to prepare for standardized exams. Being expected to sit at a desk for six hours can be hard for any kid, and torture for one with ADHD.

A wider range of classes and activities within a school, or a wider range of school choices can help. “How a Change in Schools Transformed My ADHD Son’s Educational Path,” (HuffPost, August 28, 2014) tells one story. Plus this 2010 article “Experiences of ADHD-Labeled Kids Who Leave Typical Schooling,” (Psychology Today, September 9, 2010).

Better food at schools may play a role as well. “Seeking an alternative to medication, parents tinker with diet to treat ADHD,” (STAT, May 2, 2017)

It’s the kind of diet — low in fruits and vegetables, high in carbs — that a doctor like herself might caution against. But it’s also low in milk, sugar, and artificial food additives — all things Carey believes worsen 10-year-old Mark’s attention deficit hyperactivity disorder, or ADHD, symptoms. Twice a day, in the morning at their home in Newburgh, Ind., and from the school nurse at lunch, he takes a vitamin and mineral supplement, which helps make up for the lack of veggies.

It’s been six months on this diet, which Carey researched herself and tested out on Mark, and in that time he has transitioned off his ADHD medication. It wasn’t all smooth sailing; there were fights in the candy section of the grocery store, and Carey struggled to find quick, high-protein breakfasts. “But honestly, I would never go back,” she said.

More on recess benefits: “Why some schools are sending kids out for recess four times a day,” (Washington Post, September 13, 2016) quotes from an American Academy of Pediatrics’ Council on School Health publication “The Crucial Role of Recess in School” (pdf):

Recess serves as a necessary break from the rigors of concentrated, academic challenges in the classroom. But equally important is the fact that safe and well-supervised recess offers cognitive, social, emotional, and physical benefits that may not be fully appreciated when a decision is made to diminish it. Recess is unique from, and a complement to, physical education — not a substitute for it. The American Academy of Pediatrics believes that recess is a crucial and necessary component of a child’s development and, as such, it should not be withheld for punitive or academic reasons.

Also, “Recess Makes Kids Smarter: The benefits of recess are clear. Why are so many schools cutting back?,” (Scholastic, Date?):

Torres, 42, still lives in the same neighborhood she grew up in. Back then, kids had recess twice a day. “It taught me how to get along with others — whites, African-Americans. Nowadays, kids don’t know how to socialize among other groups,” she says.

There was no recess at her children’s school until last year when Torres and others lobbied and got a 10-minute break for the kids once a day. “They need to have a chance to burn off some energy,” she says. Being able to run around and swing on the monkey bars helps kids better focus in the classroom, maintains Torres — and research backs that up.

There are no state or federal laws protecting recess time, either. Nor is there clear data on how much time students get for recess across the state or the U.S.

But Group Health pediatrician and childhood obesity researcher Paula Lozano said there is a known nationwide disparity in the amount of recess and PE disadvantaged students receive.

The initial article above, “Ritalin vs. Recess: Are Drugs Really the Answer to the ADHD Epidemic?,” includes the a story on the too-easy path to ADHD medication, even at an early age:

Emma was too young, at age four, to receive a sure diagnosis of ADHD, according to the American Psychiatric Association’s standards at the time. Her pediatrician suggested occupational therapy, which Emma did. But a few years later, the doctor referred Emma to a specialist—a developmental pediatrician—for a firm diagnosis. Kate was taken aback when she suggested Ritalin, especially since Emma had seen positive results from the occupational therapy. “She only met our daughter twice,” Kate recalled. “[Emma’s] occupational therapist, who she saw on a weekly basis for four years, told us medication was ridiculous.”